US District Letter: Smite the Shepherd, and His Flock Shall Scatter 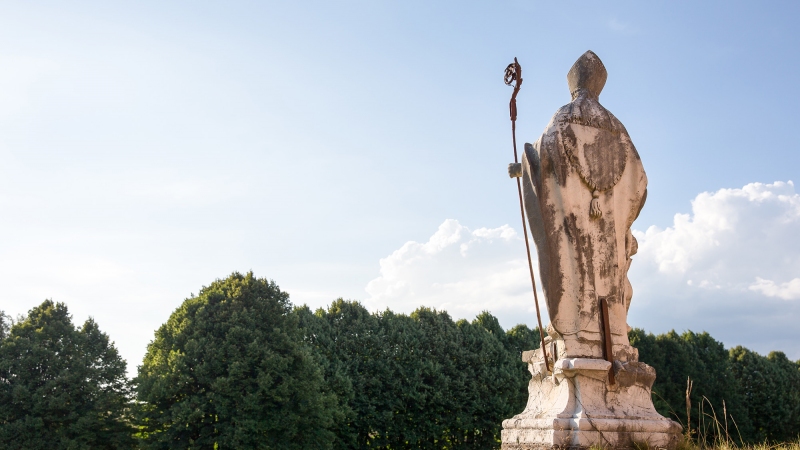 The latest newsletter from US District Superior, Fr. Jurgen Wegner, examines the difficulty facing the modern world at even identifying basic truths:

As you read this letter, we can look back on a tumultuous year in both the world and the Church. Throughout the year, incivility and rancor, sometimes fueled by the anonymity of the internet and social media, led to outlandish behavior and fracture in politics, education, the family, and even the Church. What was once commonly agreed to be acceptable civil behavior, now seems to be a thing of the distant past.

In the past year, we saw people attack each other over supreme court nominations, personal pronouns, feminist ideology, toxic masculinity, free speech, and racial politics.

Even simple truths, long taken for granted, are now called into question and fought over. For example, throughout history, it was accepted that marriage was between a man and a woman. Now, society even argues over the very definition of a man or a woman: for millennia society accepted, without question, that “male and female He created them,” yet, incredibly, some people now even claim that there are many other “gender identities!”

At times, it seems that the very fabric of society is being torn to shreds. Online threats of physical attack, and even death, have become commonplace. Sometimes, the attacks are verbal, and sometimes physical. Careers, marriages, and lives have been destroyed by the turmoil.

Gone are the days when American politics, culture, and public life — and indeed Western culture as a whole — were directed toward a generally shared understanding of a common good. We are now living in an increasingly post-Christian world. People have lost the sense of a common moral and ethical foundation. While the United States has never, in any sense, been a Catholic country, there was a time in its history when Christian principles, common across confessional boundaries, had the power to direct politicians and citizens alike toward upholding fundamental goods such as the sanctity of human life, the institution of marriage, and charity towards their fellow man. Reason still had a voice in the public square and, even if citizens held sharp disagreements on the prudential means to achieve common ends, it was still possible to communicate those differences without resorting to hatred and violence. Democracy, as we know from the writings of St. Thomas Aquinas, is a form of government that can uphold the common good only as long as everyone remembers that political authority comes not from the people, but from God alone.

Even within the Catholic Church today — even among traditional Catholics — there is an alarming amount of factionalism and infighting that has made a zero-sum game out of doctrine and theology where “truth” is rendered subjective and the perennial teachings of the Church either relativized or reduced to mere platitudes.

Why so much confusion?

“Smite the shepherd, and his flock shall scatter; so upon the common folk my vengeance shall fall” (Zacharias 13:7). And who are the shepherds here on earth? They are none other than the bishops, including the heir of St. Peter, the Pope, who has been tasked by Jesus Christ to oversee the Universal Church. Many of the shepherds, including the pontiffs of the past half-century, have been struck. They have been struck by modernism, liberalism, relativism, and indifferentism. There is a crisis in leadership. In the wake of this striking, a tragic number of sheep have been scattered through defection to another confession, outright apostasy, or in the formation of schismatic groups propped-up by novel theories of how the Church can continue to abide with no shepherd at all.

This is why, for nearly 50 years, the Society of Saint Pius X has worked to exhort the Catholic faithful to remain Catholic and keep their souls from being lost. Even as the shepherds are struck, it has been the constant mission of the Society, from our dear founder Archbishop Marcel Lefebvre up through the SSPX’s present leadership, to direct the faithful to remain true to God and His Holy Church rather than flee into the darkness.

As a Catholic work with an apostolic mission, the SSPX endeavors to keep the Catholic Faith alive by maintaining the traditional priesthood and administering Christ’s Sacraments in accordance with the time-honored form of the Roman Rite. And the Society prays, as you pray, for the day when the shepherds, particularly the Supreme Pontiff, recover from their wounds and return to lead the sheep toward their final end, which is Heaven.

And, as always, to fulfill our mission, I once again turn to you, to ask for your help.

I know that you already support your local chapel — and you should — but much of our work exists beyond the local level and the local work is not possible without the overall structure that supports it. What if there were no district, no seminary, no regional schools; no priories, where our priests can take part in a communal life; no website, or Angelus Press to answer questions and communicate to the faithful, especially those who don’t live near a chapel? Would we be nothing but a loose collection of independent chapels, each going their own way? And like some independent chapels, would your local chapel cease to exist after a popular pastor is gone?

Whether it is maintaining our priories, renovating schools, or evangelizing through our website or literature, we need your help. I need your help. Please consider making a sacrificial gift, today. Please send a check for $100, $50, even $25, in the attached envelope or by donating online at www.sspx.gifts.

In the midst of this tragic crisis in both the Church and society, I beg your assistance. Without your prayers and financial support, this apostolate, which began as a tiny mustard seed in Switzerland in the wake of the Second Vatican Council, could not have grown into a worldwide fraternity dedicated to preserving the Gospel in historically Catholic lands while continuing to spread it to other parts of the globe in obedience to Christ’s Great Commission.

Yours in Christ,
Father Jurgen Wegner

Please donate so we may continue this work: